Everything you need to know about clearing at CDSClear

Submitting your index or single name CDS trade for clearing could not be simpler at CDSClear.

The opening hours of the CDSClear service follow the TARGET2 business calendar. The CDSClear service is open and available to receive trades for real-time registration when the margin call process is complete. It starts at 8:30am CET and in any case no later than 9:05 am CET to 7:30 pm CET when TARGET2 is open.

Whether you’re clearing a newly executed transaction or entering an existing trade into clearing through backloading, CDSClear makes managing your cleared portfolio easy.

Trade compression is optional and has no impact on the risk calculation, since the net position on an instrument remains identical prior and after compression. Clearing Members may decide unilaterally to compress their trades.

Trades can be compressed together only when they are fungible, belong to the same trade account and when the upfront has been settled.

Compression is based on the criteria below.

The automatic compression can be enabled and configured on the LCH Group Portal by selecting the Compression Application.

The automatic compression can be enabled and configured with different settings

When automatic compression runs, the following sequence of events occurs:

With ad hoc compression, Clearing Members can decide which trades should be compressed together and when. This option offers more flexibility for trade compression.

Ad hoc compression can be performed anytime during the CDSClear business clearing hours which is from 9.05am CET to 7.30pm CET.

When an ad hoc compression file is sent to CDSClear by a Clearing Member, the following sequence of events occurs:

CDSClear sends messages to the TIW to create the resulting trade.

Trades sent to CDSClear outside this timeframe will be rejected and sender of the trade will be immediately notified by a rejection message. Trades are not parked and Members should re-send them during the opening hours of CDSClear service.

CDSClear closing days and operated services are mentioned below: 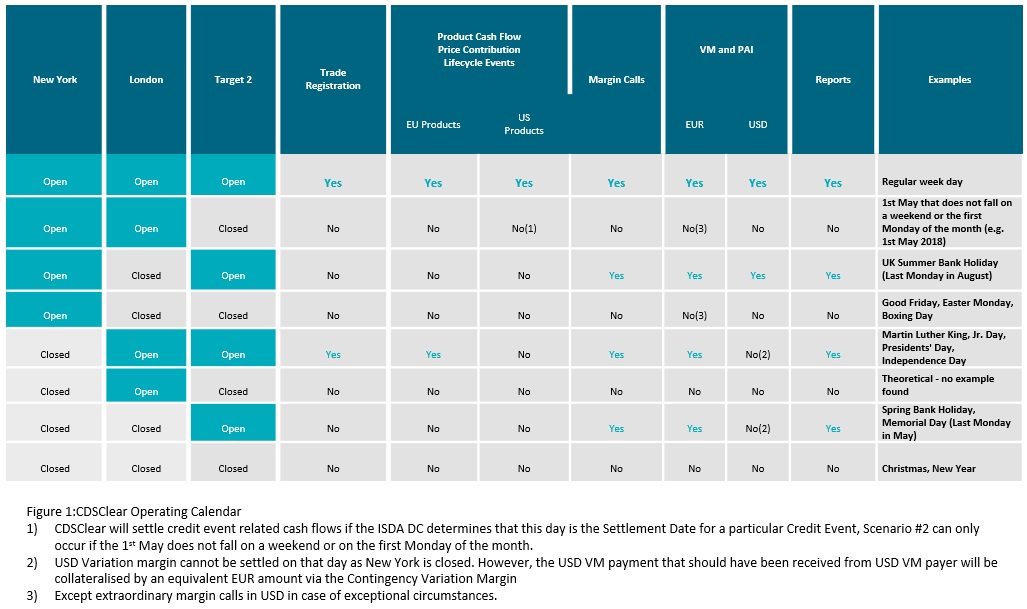